We as children have always fantasized about the gizmos of the heroes and villains in the sci-fi movies we’d watch growing up. From the conversational computers, the autonomous robots, and the raw power of futuristic transport, we wanted it all.

But for the past few years leading up to today, the world has started breathing reality into fiction with the latest developments in AI. We’re beginning to watch our dreams step out from our imaginations and take notice of the ways our lives will be changed forever by AI, mainly because we really should.

Our future with AI

From the rise of self-driving cars, sophisticated virtual assistants, and even behaviour-learning chatbots, we have vividly seen the progression of AI and its capabilities. With AI continuously developing at a rapid pace, we will begin to see it advance to higher levels of application and reaching multiple industries.

AI has polarized the discussion in tech dining tables across the globe. One argument is that millions of manually repetitive jobs – cashiers, telephone operators, truck drivers, and many others – will be easily displaced by AI. The lines of blue and white collar work begin to blur, as AI forces our society to evolve the jobs we know comfortably well today.

Although the disruptive spikes of job displacement may seem scary, others argue that AI would, on the flip side, create more jobs for the long term future, especially in the brimming talent pool present in Asia. 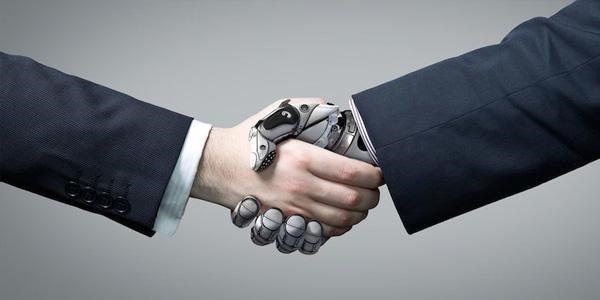 Asia is becoming a breeding ground for its immense potential for AI application. Banks such as UBS are bullish, forecasting the AI industry in Asia to grow a solid 20 percent CAGR from 2015 to 2020, reaching values worth up to US$12.5 billion.

This is largely thanks to the exponential increase in the amount of data churning in the region, the development of more affordable computer processors, and the brimming young talent pool available across the continent.

The younger generation across Asia also already seem to understand how AI can impact their lives. According to a Microsoft survey, 39 percent envisaged using connected or driverless cars, and another 36 percent thought future software robots would improve productivity.

Governments such as Singapore’s for example have already jumped on the AI bandwagon, providing open access to their scores of data to the public for app development or research. Since 2011, the amount of accessible data shared by the Singapore government has leapfrogged by 60 percent.

In China, researchers are infusing AI elements into daily applications such as Skype, breaking down linguistic barriers by translating languages in real-time. AI is also being used in India to predictively learn and suggest agricultural decisions for farmers vulnerable to weather changes.

But even with all the underscored potential that Asia has, it doesn’t come free of hurdles. For one, Asia doesn’t have a terminal hub like Silicon Valley. Talent although many, is scattered across the region. Having a hub similar to Silicon Valley would allow for faster means of talent development and a more focused spread of awareness.

Add to that the cultural and linguistic differences across and within countries. With data as the fuel that powers the engine of AI, scores of different cultural meanings and languages makes data challenging to analyze and interpret.

Take Indonesia for example. Bahasa Indonesia has its own expression of slang and colloquial language that makes data gathering and analyzing difficult to tackle and interpret. As more chatbots are coming to prominence in the country, programs such as Wit and Kata.ai are taking on the challenge in a more local fashion.

Although challenges abound, opportunities in Asia on the other hand are still undeniably plenty. AI is still in its infancy, but when done right with government and public support, it holds the promise of improving the quality of our lives.